In a perfect world, there would be a rheostat on the side of our rifles that would allow us to dial in the ballistic performance we needed. Like a Star Trek phaser, if we needed to pop a bunny at 30 paces, we’d go with the #1 setting. If we needed to reach 150 yards to hit a rock chuck, setting #3 might be perfect. Of course, this is not possible, so we are forced to choose a cartridge and stick to it. That’s why we have to consider comparisons like the 308 vs. 30-06 and the .17 HMR vs. .22 LR.

There is an endless collection of centerfire rifle cartridges, but with rimfire, there are only five. The .22 LR is the most prolific and affordable. The .17 Winchester Super Magnum is the most powerful but the most expensive to shoot. Filling in the middle ground we have the .22 Magnum and the .17 HMR. There is also the .17 Mach 2, but it is not and never was very popular. It seems that most people who have trouble selecting a rimfire cartridge are debating the .17 HMR versus the .22 LR. Here are the similarities and differences between the two that will help you choose the best ride for you.

This cartridge has been with us for over 130 years. During this time he has been chambered in every type of firearm you can imagine, from derringers to sniper rifles. This is the cartridge most of us learned to shoot and many of us first hunted with.

There are many types of .22LR ammunition, with bullet weights ranging from 20 to 60 grains. With standard loads it will launch a 40 grain bullet at around 1200 fps. But there are also high performance .22 LR ammunition like the CCI Stinger. The Stinger has a slightly longer cartridge case, but the overall cartridge length is the same. It will push a 32 grain bullet faster than 1600 fps. And then there are .22 LR subsonic loads that are as quiet as a whisper and even quieter when used with a suppressor.

The versatility of .22LR, combined with its affordability, is why it’s so popular. It has an effective range of around 100 yards, and within that distance it’s great for plinking and good for small game hunting. Depending on the ammo you choose, each time you send a .22 caliber bullet down, it will cost you between 10 and 50 cents. Additionally, there is a greater selection of firearms available in .22 LR than any other rimfire or even centerfire cartridge.

In 2002 Hornady shocked the world with the introduction of the .17 HMR (Hornady Rimfire Magnum). This rimfire cartridge, which fires a .17 caliber bullet, took the rimfire world by a storm. Bullets weighing 17 grains will exit the barrel of a .17 HMR rifle with velocities as high as 2600 fps and 20 grain loads are somewhat slower. This high velocity, combined with the lightweight bullets, means that by rimfire standards, the .17 HMR shoots incredibly flat. If a .17 HMR rifle is zeroed at 100 yards, the bullet will only drop about 10 inches at 200 yards. With the same zero, the flattest .22 LR ammunition will drop three times as much at 200 yards.

However, with this high performance comes an additional cost. The cheapest .17 HMR ammo will cost around 38 cents per shot. Also, there isn’t a huge variety of .17 HMR ammunition to choose from. the .17 caliber bullets ammunition loaded .17 HMR range from only 16 to 20 grains. However, the cartridge is very popular and there is a good selection of rifles and a few handguns available.

The main appeal of rimfire cartridges is their affordability and fun. Rimfire is cheaper to fire than center fire, and because it’s quieter with minimal recoil, it’s more fun to fire. Whenever cartridge comparisons are made, fun should be taken into consideration because having fun is at the heart of relaxation. For target shooting and plinking, the .22 LR is hard to beat due to its affordability and low ratio. With the .22 LR you can fire 500 rounds for around $50.00. If you fire 500 rounds of .17 HMR ammunition, you will have to throw away more than three times as much money.

Matching the .22 LR straight rifle, the .22LR can also provide high levels of accuracy. With the best .22 LR ammunition, you can expect 50 yard groups of half an inch or less. The .17 HMR can, however, offer the same level of accuracy at 100 yards, often with more affordable rifles. And, if you like plinking or target shooting at extended ranges, it’s much easier to do with the .17 HMR. One reason for this is that .17 HMR bullets remain supersonic out to nearly 250 yards. The fastest .22 LR shot loads go subsonic at around 100 yards. This transition between supersonic and subsonic flight can negatively impact bullet stability and accuracy.

Downstream accuracy carries over to the hunt; you have to put balls in the right place to get your creature. The .17 HMR easily beats the .22 LR in range and accuracy over long distances. I once killed a prairie dog at 500 yards with a .17 HMR. It took almost half a box of ammo to get the first shot and a few more shots to get the second shot, but that’s something I could never have done with a .22 LR.

However, when it comes to hunting, it’s not all about long-range accuracy. For small edible game like squirrels, you want to kill while damaging as little meat as possible. Any well-placed .22 LR hollow point bullet will handle any tree squirrel and won’t destroy excessive amounts of protein. Also, when hunting tree squirrels in the woods, shots usually do not exceed 50 yards. The .17 HMR will give you a lot more range, but it also has a devastating impact. Shoot a common gray squirrel in the shoulder with a .17 HMR and none of that shoulder meat will reach the plate.

When used at less than 50 yards, the .22 LR is more than capable of handling small game like squirrels, groundhogs, raccoons, and more. It can also be effective on large game like coyotes. When he was only six years old, my son pounded a coyote with his Ruger 10-22, but the range was only about 25 yards and his rifle was loaded with CCI Stingers. Also, on a prairie dog hunt, I once fired a brick – 500 rounds – from .22LR ammunition in an afternoon. I killed probably 350 prairie dogs and it only cost me about $60.00. If I had used a .17 HMR I would have spent around $200.00.

Yet the range and power of the .17 HMR cannot be overlooked by the hunter. Most charges will carry over 100 foot-pounds of kinetic energy at 100 yards. The fastest .22 LR loads will be lucky to hit with 80 foot-pounds at that distance. Although foot-pounds are not directly correlated to lethality, this energy is used to get the best terminal performance from the bullets we fire. Anything you can ethically kill at a certain distance with a .22 LR, you can ethically kill at twice that distance with the .17 HMR.

If high performance ballistics is all you care about, the .17 HMR is the obvious choice. When it comes to velocity, energy, trajectory, and downstream accuracy, the .22 LR cannot be compared. If on the other hand money matters more to you than the ability to kill a fox at 200 yards, the .22 LR reigns supreme. You might have to get closer to make a killshot, but over a lifetime you’ll save a lot of money and maybe even have more fun.

What are the other options?

Shortly after the introduction of the .17 HMR, some began to predict the demise of the .22 Magnum. At that time, there were only a handful of loads offered for the .22 Magnum, and most were loaded with a 40-grain hollow point or an FMJ bullet. But ammunition manufacturers stepped up and began to offer new, higher performance .22 Magnum ammunition. Today, there are twice as many .22 Mangum loads to choose from as there are .17 HMR loads, and bullet weights range from 25 to 50 grains.

CCI’s .22 Magnum Maxi-Mag ammunition, which is loaded with a 30-grain polymer-tipped bullet, won’t fire as flat, but it will hit harder at 100 yards than the .17 HMR. The bullet will also stay supersonic out to about 225 yards. And the cost per shot fired is about the same as the .17 HMR. If you want to do a lot of plinking, you can also find .22 Magnum ammo for as little as 28 cents per shot. It’s not as affordable as .22 LR ammo, but it’s 10 cents less per shot than .17 HMR ammo.

Don’t limit yourself to the .17 HMR vs .22 LR question, especially if you’re looking for a general purpose rimfire cartridge. The .22 LR offers the most versatile ammunition range and is the cheapest to shoot, but for hunting it’s best to limit it to around 50 yards. the .17 HMR shoots the flattest and is considered the most accurate, but it’s expensive and ammo options are limited. The .22 Magnum, on the other hand, offers a good balance of everything .22LR and the .17 HMR have to offer.

Q: What does rimfire mean?

Lethality, as it relates to ammunition, is a difficult word to define. The .22 LR has been used to kill very large animals and even humans. However, for ethical use when hunting, the .22 LR is generally only considered lethal to small game.

Squirrels aren’t hard to kill, and the .17 HMR is more than enough to hunt them, even at 200 yards. However, if you’re hunting squirrels and want to eat them, the .17 HMR can damage a lot of meat. 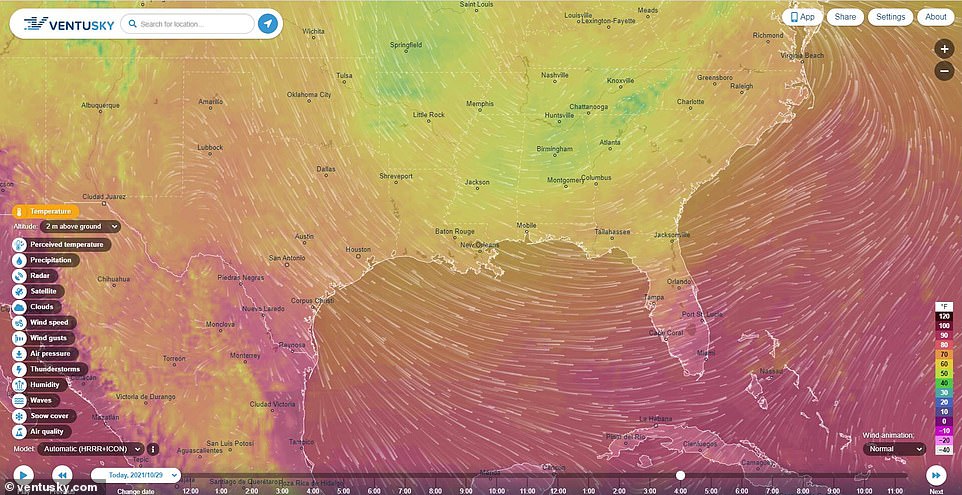 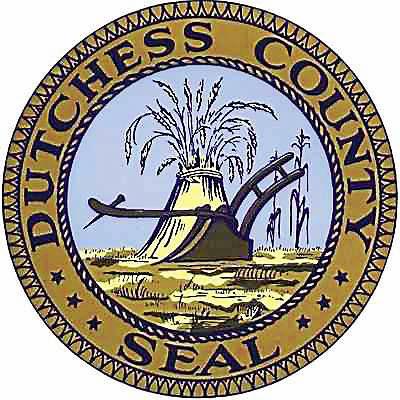 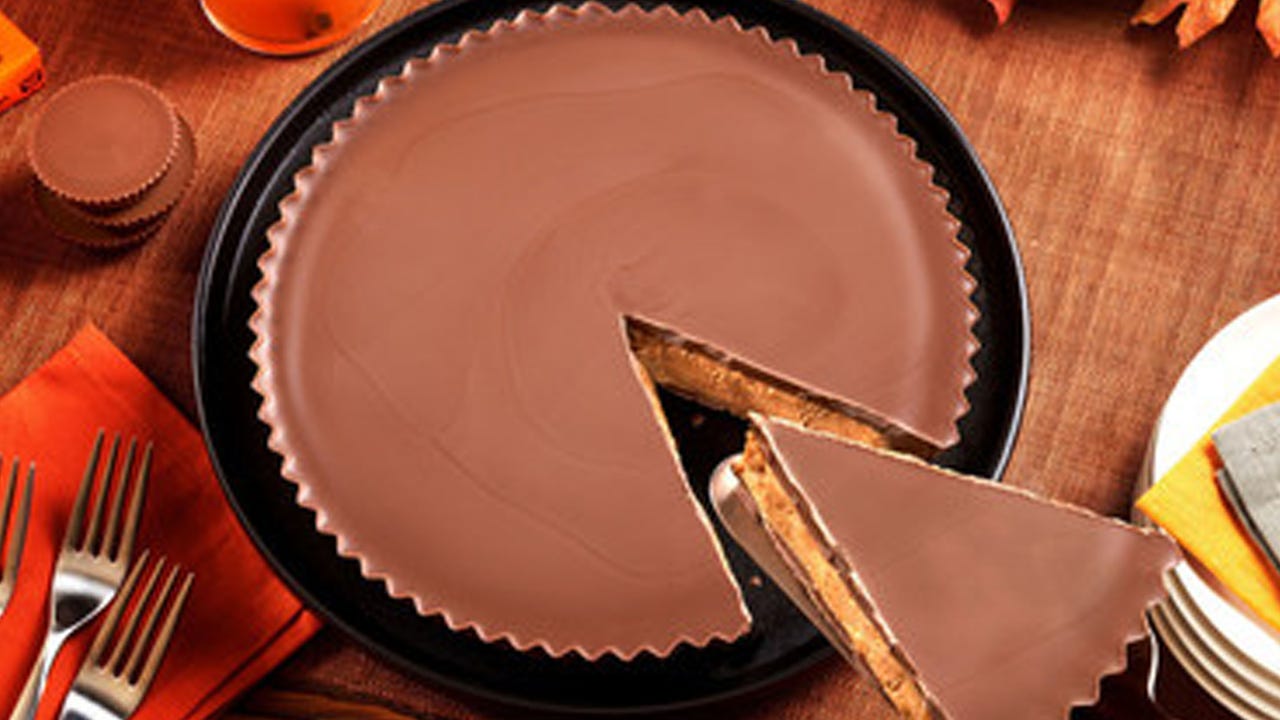