The main SA Air Force (SAAF) movers of men and materiel – the reduced and dwindling number of vintage C-130BZ Hercules from No. 28 Squadron – will remain in service with no indication of a replacement on the horizon.

That the American-made, four-engined, high-wing aircraft will continue to log hours in support of government duties comes in the form of a Request for Information (RfI) issued by Armscor.

The state-owned defense and security acquisition agency released the RfI last week. It asks, verbatim, “the implementation of the SAAF C-130BZ ADS-B OUT, the replacement of SFD obsolescence and the maintenance of aircraft”.

ADS-B OUT is equipment that broadcasts information about an aircraft’s GPS (global positioning system) location, altitude, ground speed and other data to ground stations and other aircraft , once per second.

SFD refers to Hold Flight Display. The tender notice is to replace units currently installed due to “obsolescence” and aircraft maintenance.

Denel Aviation is, as far as we know, still a registered AMO (aircraft maintenance organization) for Lockheed Martin, the American manufacturer of the phenomenally successful C-130 Hercules medium transport aircraft. Retired SAAF officers told defenceWeb, on condition of anonymity, that Denel Aviation “should be the obvious bidder”, adding that “everything depends on the financial situation because the whole Denel group is facing major problems “.

In 2009, a three-way partnership between SAAF, Denel and Lockheed Martin saw the state-owned defense and technology conglomerate appoint a C-130 Authorized Service Center – the only one in Africa – providing support to SAAF Hercules and other others in Africa.

The C-130 is the transport workhorse of the SAAF, most recently supporting South Africa’s contribution to the SADC Mission in Mozambique (SAMIM) and in July transporting troops and equipment to KwaZulu-Natal to assist to quell the civil unrest there.

A C-130BZ that featured prominently in the 2013 commemorative events was 403. It, along with cargo drop parachutes, was the setting for the gala evening in a 28 Squadron hangar. The aircraft was written off following a runway excursion at Goma in the Democratic Republic of Congo (DRC) in January 2020. It was disassembled by SAAF ground crew technicians with usable components returned to South Africa to help keep the remaining C-130BZs airborne.

There are many 28 Squadron missions, sorties and tasks that the squadron, its current and past personnel as well as the SAAF will long remember, but some stand out.

One was the delivery of 218 tonnes of much-needed equipment to South African paratroopers in Bangui in the Central African Republic (CAR) in March 2013. Over 170 flight hours were logged in 15 days by one of the workhorses powered by Allison.

In 1997/8 the United States donated a pair of ex-USAF C-130Bs (408 and 409) and three ex-USN C-130F Hercules as part of a surplus defenses to the airborne service of the SA National Defense Force (SANDF). The two ex-American C-130Bs and one C-130F were then pressed into service, with the C-130F being retired shortly thereafter.

defenseWeb understands that the 401 and 405 are undergoing scheduled maintenance, while the 406 and 409 are airworthy and flying with recently completed major service. 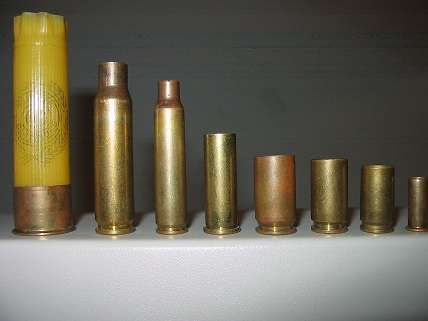